「Toward the realization of carbon neutrality in 2050」 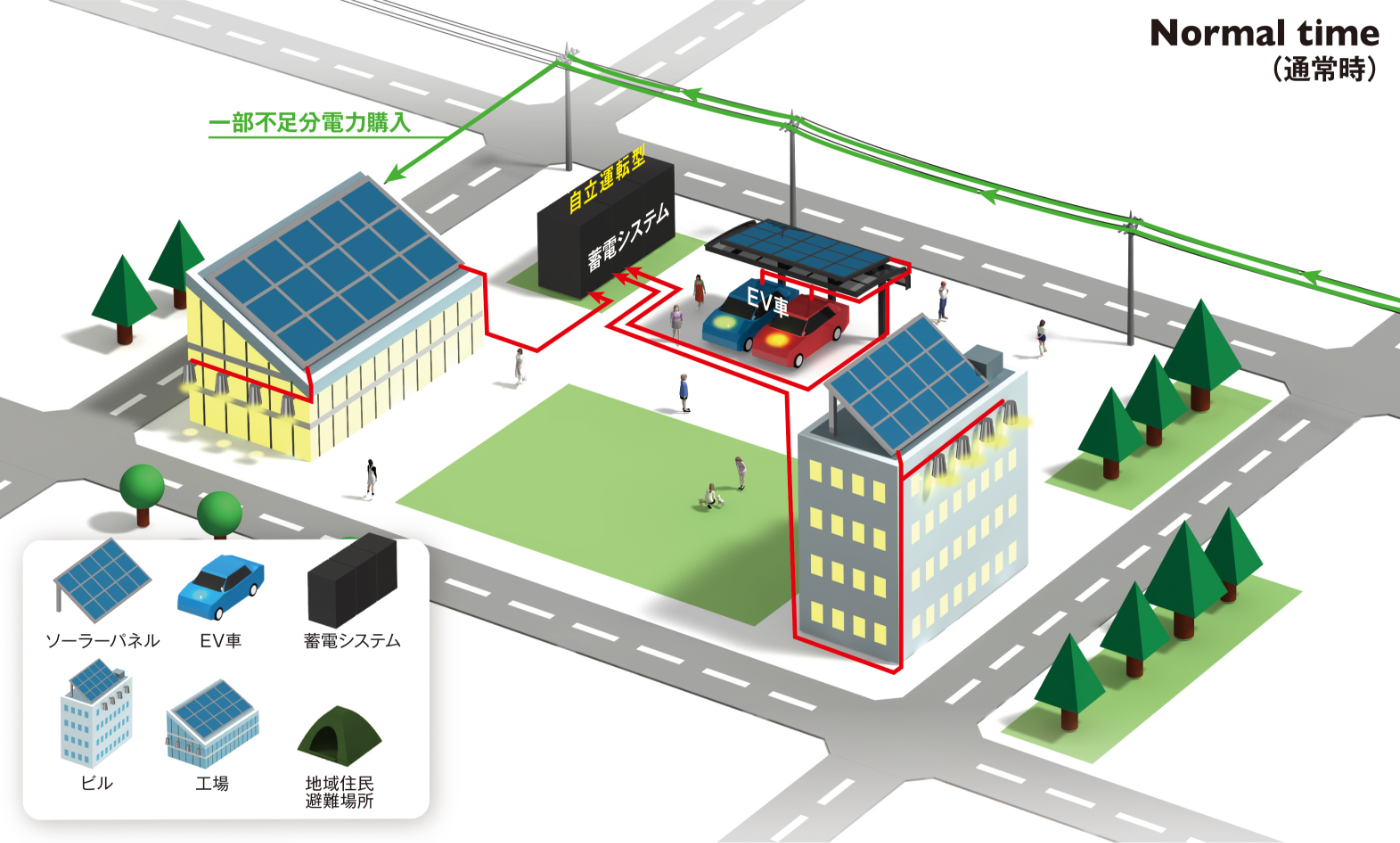 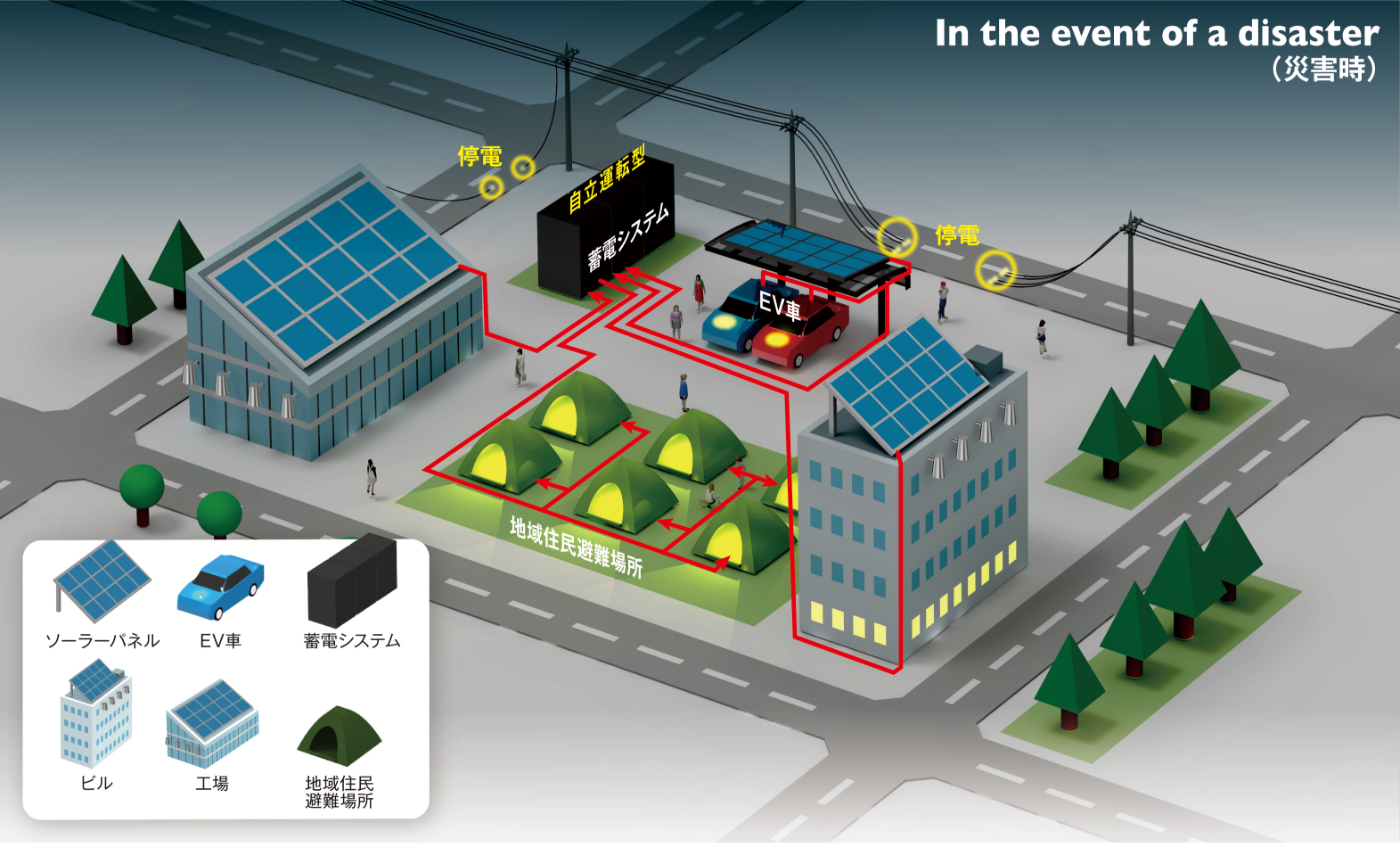 The basic regional decentralized small self-consumption model that we envision is as shown in Fig. 1. This self-generated energy is normally used by the company itself, but in the event of disaster, the neighbors can use it by being provided the minimum required electric power, and it contributes to the maintenance of local security. This model exactly can contribute to the environment and society at the same time.

In addition, such a mechanism can be applied in various industries and regions, contributes to the installation of radio towers in forests where there is no power at all, and is widely used as a temporary power source for construction sites and event venues. Is possible.

We, Giga Group, have set themes for these efforts at each company and will continue to work toward the realization of carbon neutrality in 2050.